The Art of Raising Children With Positive Words

The words that children hear have a significant influence on the development of their personality, life attitude, and psychology. Sometimes with just a few nice words things may get better; but there are also words that hurt or make things worse… Therefore, parents need to use positive, righteous, meaningful words to talk to their children every day; right from the time of pregnancy, giving birth until the child is an adult... so that the child has a solid foundation for developing personality, psychology, life attitude, thinking, perception, and perspective right from the start.

Instead of saying "Why are you so slow?", "Stop standing there dumbfounded, I'm going crazy", "Stop saying anything, hurry up" which could be interpreted as "You're always slow" “You’re holding us back", "You don't matter", "You must not open your mouth to talk".

Parents should say "How many minutes do you need to finish this game?", "I'm busy so I'll be happy if you try to be a little faster", "Let's go in 5 minutes" .

Parents should say, “A good child will clean up after playing. I know my son is a good child”, “Let's clean the house together with daddy. It will help you learn how to live orderly”, “I will be happy if you do this”.

Instead of saying "Can't you even feed yourself?", "You can't even put on a shirt", "You're so old and you don't even know how to sweep the house" which could be interpreted as "Can’t even eat or drink properly, you’re so helpless", "It is so bad that even the shirt is wrong", "You can't do anything".

Parents should say "I know you like this dish, watch me eat it and you will be able to do it like me", "Mommy will be the model, I know you can do it", "You are a good boy, Let's do housework with your mother. It's very fun."

Instead of saying "We forbid you to never do this again, understand?", "The next time you do that, don't blame me", "You're bad" which could be interpreted as "We care not about the cause, you will be punished if you are wrong", "You are very destructive", "You are a spoiled child in the eyes of your parents".

Parents should say “Next time, be more careful”, “Everyone makes mistakes sometimes, but I believe you will learn from them next time”, “I hope you don’t do this again” .

Instead of saying "You're not doing this right", "You mustn't do that", "Stop now and do as I say" which could be interpreted as "You're not allowed to do what you want," You must do what your parents want", "You always have to follow the instructions of others".

Parents should say "I think you will do better if you try harder", "I think you did not do it right, try another way", "If it were up to me, I would do this… what do you think?"

Parents should say, “How are you going to do it? Be creative with what you like. If possible, do you want me to give you any advice?”, “I believe you can do it. Do your best!”, “It's okay. Even if you don't succeed, you still have a lesson for yourself."

Instead of saying "Why do you always get bad grades?", "If you don't try to get good grades, you will be punished", "I knew it, you don't study anything" which could be interpreted as "You never try", "We won't love you anymore if you don't get good grades", "You always lazy and don't focus on studying".

Parents should say “Once you fail, you will learn many lessons, try harder!”, “I think you will definitely do better if you focus more”, “I know you tried. But I want you to look back and try harder.”

Instead of saying “Stop it! You can't cry anymore", "Okay stop it and I'll let you play", "If you cry, I'll lock you in your room alone" which could be interpreted as "Your crying makes me angry and disgusted", "That’s it. You cried every time, I gave up", "You will be abandoned if you keep crying".

Parents should say, "If you want to cry, let's talk, when it's okay for you to do so", "I know you want to go out, but if you keep quiet and tell me why you want to go, I will think about it".

Using positive language to teach children is an effective and correct method of parenting. If you want your child to become a reasonable and wise person, parents need to imbue their child with good and positive words so that the child can get immersed in them and learn. The use of good and positive words is also a way for parents to properly show their love and respect for their children; help children learn to respect others as well as themselves, and form the right attitude to life from a young age. 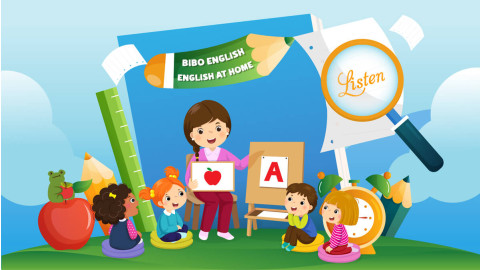